Former SEC individual champion Matt NeSmith from South Carolina has advanced to the second stage of the Web.com Qualifying School.

NeSmith is joined by Mark Silver, another former Gamecock, who also finsihed in the top 22 to earn the opportunity to move on from the first stage.

NeSmith led the Q School field at Callaway Gardens going into the final round. ACC individual champion Jimmy Stanger from Virginia won the qualifying tournament at 20-under par. NeSmith finished at 18-under par in a tie for fourth place.

Silver finished at 16 under par with a 272 total and in eighth place.

Former Clemson golfer Luke Hopkins, who now lives in Atlanta,  also finished at 11-under par and tied for 19th place to move forward.

Two area golfers earned a trip to the second stage in the tournament played at the Robert Trent Jones Golf Trail course in Mobile. 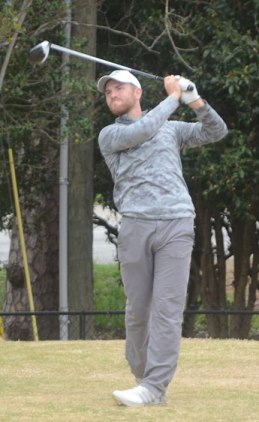 USC Upstate grad Ryan Cornfield finished on the number to advance to the second stage from the Q School tournament played in Mobile. (File Photo)

Former USC Upstate standout Ryan Cornfield finished at 12-under par with a 276 total to finish in a tie with former Furman golfer Matt Davidson for the 22nd spot in the field.

On Friday five other area golfers earned their way to the second stage of qualifying.

The second stage of Web.com qualifying begins at several locations around the country in late October.