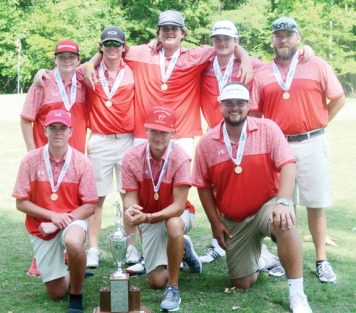 The Boiling Springs Bulldogs are a pre-season number one in the AAAAA poll. The Bulldogs will be trying for their fifth state title.

It is a case of “round up the usual suspects” when the first South Carolina High School Boys golf poll was released.

Boiling Springs, the winner of the last four big school championships, is again the team to beat for the AAAAA title this year.

On the heels of the Bulldogs will be the Gaffney Indians as future Clemson golfer Zack Gordon and his team are ranked in the second spot of the AAAAA poll.

The third spot in the AAAAA ranking also comes from Region III as the Dorman Cavaliers return a lineup that gained a great deal of experience last year and had success as individual players this summer.

Maybe the most interesting race in the state could be in the AAAA ranks. AC Flora has been the team to beat in the classification forever. This first poll however puts Myrtle Beach in front of Flora to start the season.

Bishop England and defending champion Waccamaw are ranked as the top-two teams in the AAA classification with the Upstate Woodruff Wolverines ranked in the top-five. 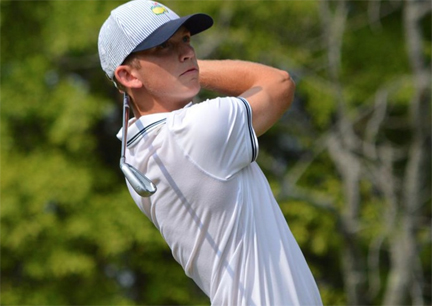 Individually Jacob Bridgeman of Chapman High School is the defending individual champion and will be trying for his third straight state championship.

If the first poll is correct the AA-A championship will be decided among three Upstate teams. Christ Church, St. Joseph’s and Ninety Six are the top three teams in the classification.

The state poll is released at various times during the high school golf season. 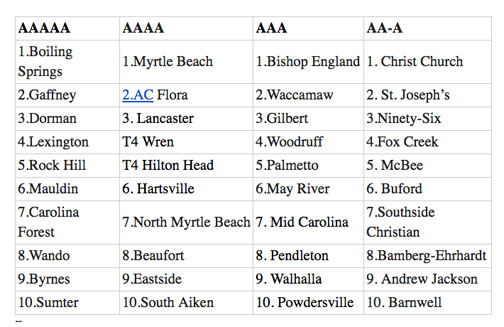