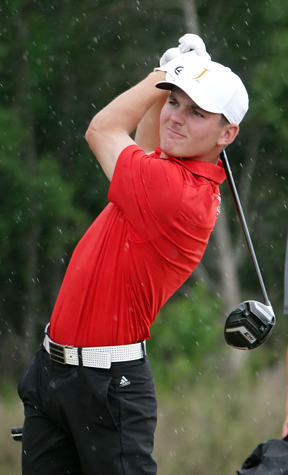 There are high honors and there are nice honors. Trent Phillips has received many of both types of awards for his outstanding junior golf career.

Wednesday night in Texas, Phillips received an award that is both. The Boiling Springs High School golfer was presented with the Byron Nelson International Junior Golf Award.

The Byron Nelson International Junior Golf Awards were created in 2008 to recognize the achievements of junior golfers around the world that excel at a high level of tournament play as well as academics, outstanding character and dedication to community service.

The awards honor Byron Nelson’s legacy and his commitment to mentoring and supporting young golfers.

Past winners include Jordan Spieth and Justin Thomas who are two of the biggest stars on the PGA Tour today.

Phillips along with Sean Maruyama and Garrett Barber were also honored.

The future Georgia golfer’s record is well known in the world of junior golf. He is an AJGA First Team All-American and is currently ranked as the number 1 AJGA Junior golfer. 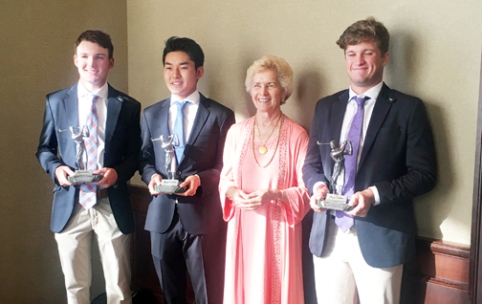 He has dominated junior golf in South Carolina and has also won on the national level with a victory in the Dustin Johnson World Junior.

Phillips was a member of the first Junior President’s Cup team that defeated the World team last fall.

Not as well known is Phillips academic record. The graduating senior is a South Carolina Junior Scholar, as well as a member of National Beta Club and National Honor Society. 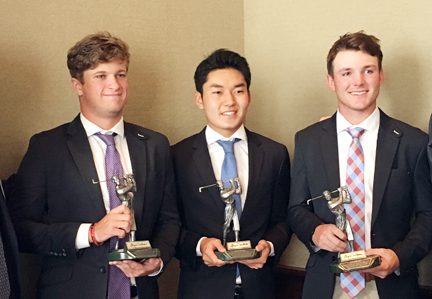 Garrett Barber from Stuart, Florida, Sean Maruyama from Encino, California and Phillips were honored at a presentation before the AT&T Byron Nelson Classic.

Phillips has completed his junior and high school golf career. This summer he will step up to play more upper level amateur events as he gets ready to begin his first season of college competition in Athens.