Reuland led from start to finish to claim one of the biggest events on the junior schedule in the Palmetto State.

His 3-shot victory matched his winning margin when he won the South Carolina AAAAA individual title last May.

J.T. Herman shot rounds of 69-67-69 for an 8-under par for a 205 total. It was the second second place finish for the Hilton Head golfer in a big tournament. Herman was the runner-up in the SCGA Junior in June.

Lleyton Renner from Simpsonville added another good finish to his summer schedule. The Mauldin High School golfer won the Upstate Junior at Smithfields and finished second at the Jimmy Self Invitational.

Renner tied Gene Zeigler from Florence for third place 4-shots behind the winner.

Future Clemson golfer Katherine Schuster moved to the top of the field in the second round and added to her lead in the final round for the girls championship.

The 2018 CGA girls player of the year finished the 54 hole event at 1-under par for a four shot victory. 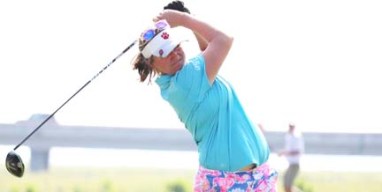 Sophia Burnett from Bluffton shot a final round 2-under par 69 to move up to second place while Savannah Hylton from Hilton Head finished in third place.

First round leader Molly Hardwick from Lexington was sixth.