Last year wasn’t much fun for the Boiling Springs Bulldogs. The team was used to winning tournament titles and state championships so a 7th place finish at state was disappointing.

Having two of the best players in the state, Trent Phillips and Harrison Corbin during their run of four championships made winning a habit at the school.

“You do get used to winning and when you don’t it isn’t much fun,” said coach Josh Pruitt. “We had some great players during that run, but this bunch is going to be pretty good. We got a chance this year,” he said.

The Bulldogs shot a tournament best 295 to win the Byrnes Rebel Invitational at River Falls Plantation.

Boiling Springs finished 3-shots in front of Byrnes for the victory. 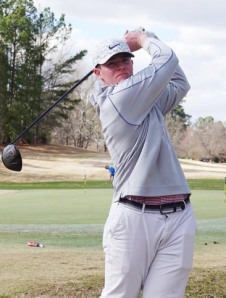 “Zach (Phillips) and Andrew (Gregory) are going to be around or under par just about every time, but our back three have really become consistent and are usually just one hole away from shooting par,” said the Bulldog coach.

Phillips and Gregory shot 2-under par rounds of 70 and got good support from Davis Hill with a 78 and Easton Keller carding a 77. Walker Green rounded out the winning team for the Bulldogs.

While Boiling Springs was pleased with the win the host team from Byrnes was almost as excited about a solid second place finish.

The Rebels were led by Carson Crooke who won medalist honors. His 4-under par 68 gave the Byrnes senior his first high school tournament title by 2-shots.

“I parred the first hole and made a birdie on the second hole and played a bogey free round,” he said. “I was able to hit it close and make the putts this week,” said Crooke.

Last week at the Red Raider Invitational Crooke hit 15 greens in regulation, but only carded a 78.

“I worked on my short game this week and it paid off today,” he said. 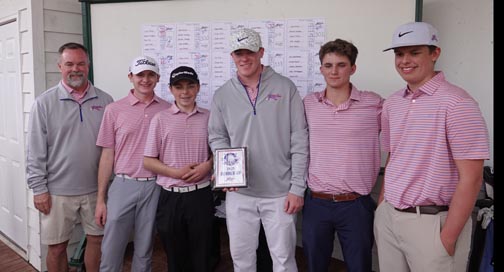 The runner-up finish gave Byrnes coach Mickey Deering’s team their best finish in the tournament in several years. In addition to Crooke, Barrett Josey shot a 76, Carson Brice posted a 75, Josh Delorme carded a 79 while Jefferson Elmore rounded out the Rebel’s team.

“You look at the scoreboard and the teams in our region are bunched together. We play in the toughest region and a good showing here is going to help our confidence,” said the Rebels coach.

Christ Church, the defending AA state champions, shot a solid 300 to finish in third place while Spartanburg was fourth and Dorman finished fifth. 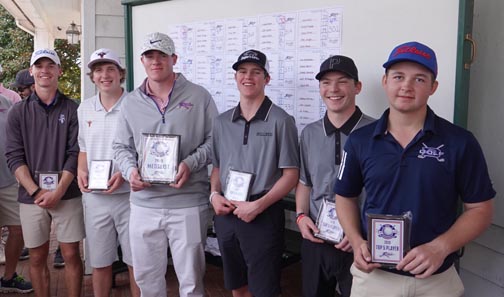 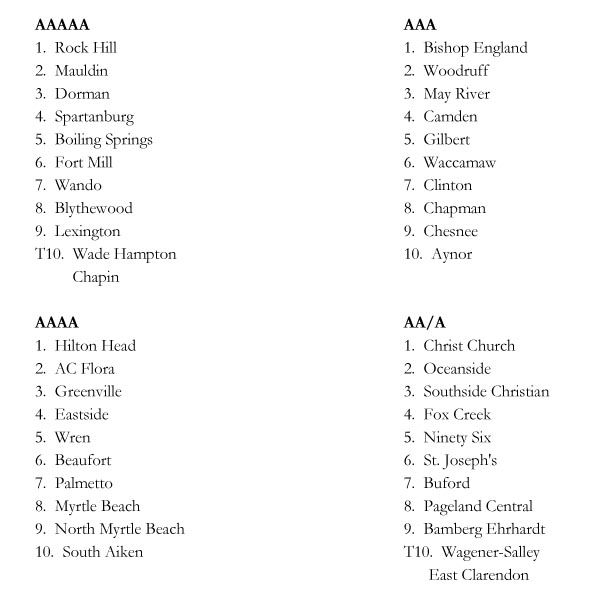