Q &A with Clemson’s Jacob Bridgeman after Florida win

Bridgeman wins back to back titles, ten months apart

Another round, another record for Bridgeman

The Chesnee Eagles punched their ticket to the state championship tournament in Conway with a first place finish at the Upper State qualifying tournament played at Southern Oaks. The Eagles finished with a 314 total to top the field of qualifiers who will compete at the Hackler Course […]

The annual Cyder Cup match doesn’t usually come down to the last putt on the last hole of the match. But it did this year.  Green Valley hosted the annual battle between teams of top golfers from Greenville and Spartanburg.  Greenville’s Jeremy Revis and Spartanburg’s T.J. Hines were […]

When you get inducted into a Hall of Fame most times it is honor given at the end of a successful career. Steve Liebler was inducted into the SCGA Hall of Fame in 2016, but now his bio will need to be updated to include another major. The […] 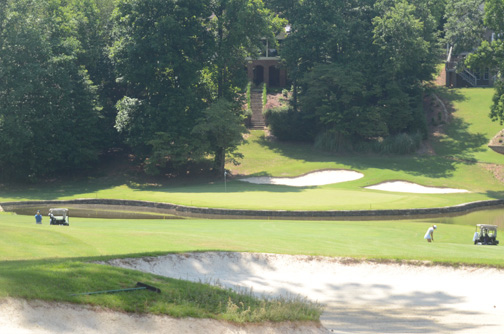 Steve Liebler carded an even par second round to take over the lead at the SCGA Senior Amateur. The SCGA Hall of Fame golfer started the second round of the 54 hole event trailing Blythewoods’s Eddie Hargett by 2-shots. Liebler turned in a pretty clean scorecard after shooting […] 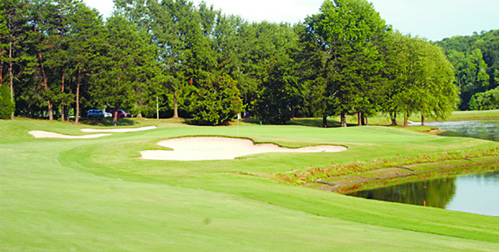 Eddie Hargett got off to a fast start in the first round of the South Carolina Golf Association’s Senior Amateur at the Carolina Country Club in Spartanburg. The 2019 SCGA Senior Player of the Year birdied three of his first five holes. He added three more birdies to […]

Limestone’s golf coach can play! The last two tournaments Zach Siefert has played, he won, but there has been a few years between victories. Siefert led from start to finish to claim the South Carolina Golf Association’s Mid-Am championship. His last win was when he won the 2015 […] 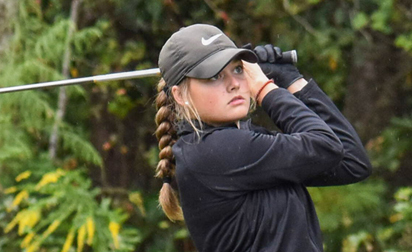 Sydney Roberts was very happy when she shot a 7-under part 65 to win the Lady Rebel Invitational High School Tournament at River Falls Plantation. The Chesnee golfer was even happier after winning her first Carolinas Golf Association championship. Roberts won the Jimmy Anderson Girl’s Invitational in Jacksonville, […]

Chesnee’s Sydney Roberts shot a career best round and so did Ella Stalvey for Blythewood at the Lady Rebel Invitational. Roberts 7-under par 65 earned her medalist honors and Stalvey’s 67 helped the Bengals win the team championship. The tournament at River Falls Plantation had been postponed twice […]

Franks wins another playoff for his third Transou title

Stop me if you heard this one before! Nathan Franks plays a good first round, but trails the leaders going into the final round. The Dorman High School senior is close enough to make a run at the leaders and finally catches them with a birdie on his […]

The high school girls golf season is only a few weeks old, and only a few weeks from the state playoffs, and one thing is becoming clear. Lexington is the team to beat in the AAAAA ranks. So far the Wildcats have been the top team in tournament […]

Bearden and Sease team up to win the Chanticleer Invitational

The only game in town, the state and maybe the Carolinas

Bridgeman wins back to back titles, ten months apart

Another round, another record for Bridgeman

Duncan finishes early and on top at the Upstate Am

Holder is first to go back to back at DiSantis Championship

Holder and Brasington make it official as recruiting continues

Weekend winners at the CGA Mid-Am and Musgrove Mill